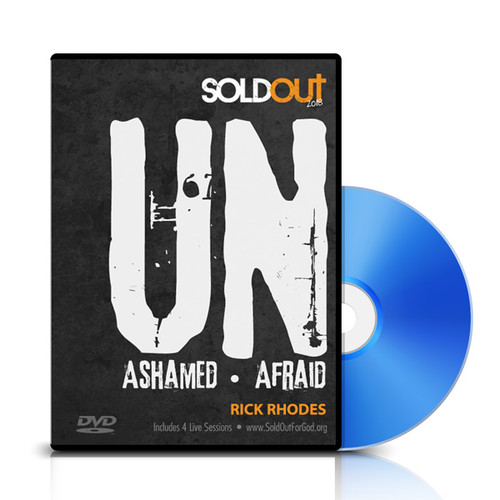 Our world is increasingly bold in pushing ungodly values and morals. As Christians, we are not called to run from this darkness, but rather shine the light. Christians are to be storming the gates of hell to rescue souls from the darkness. But this is not an easy task! Standing for and proclaiming Truth takes courage and boldness like never before. In this series, Rick Rhodes takes a look at four men of faith who were bold and courageous for the Lord, and explains the secrets behind their courage and boldness that enabled them to live Unashamed of Christ, Unafraid to Die.

Peter boldly proclaimed he would die for Christ, yet soon after denied even knowing Christ. Later, he boldly stood for Christ when his own life was in danger. How did Peter make the change from a false, self-proclaimed boldness to true godly boldness? And what is the difference between worldly and godly boldness?

The Apostle Paul’s calling included much suffering for the Name of Christ. Yet knowing early on that he would suffer did not deter Paul in his commitment to Christ. How did he do it? What’s the secret behind Paul’s life of courage and perseverance?

Scripture says Daniel survived the lion’s den because he believed in his God. What did Daniel believe about his God that saved him? This belief that Daniel had in God is a must for us today if we are going to be bold and courageous in the face of our adversity.

Session 4 - I Must Choose

What a life – from a slave to the palace! This life of royalty was sure to set Moses up for success. Yet Moses wasn’t ready to begin his work for the Lord until he left Egypt. Are you ready for God’s call on your life, or are you still in your Egypt?